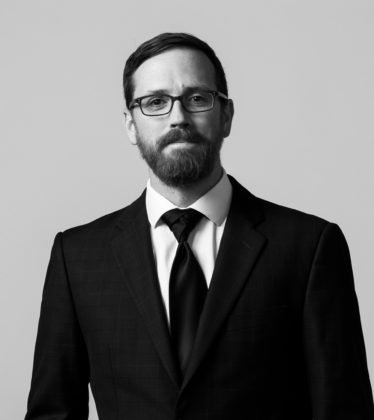 Shaun is a litigator with a practice in all areas of commercial litigation. After completing his articles at a leading national law firm in Vancouver, he practised in Kamloops where his practice was primarily focused on insurance defence litigation which provided him the experience of running numerous multi-day trials. He attained his J.D. at the University of Calgary in 2012 and was called to the Bar in British Columbia in May of 2013.

While in law school, Shaun was a member of an academic delegation to Pyongyang, North Korea, completed a semester of law school at Seoul National University in South Korea and worked as a research assistant at the University of Calgary analyzing recent developments in tort and environmental law.

Shaun has been involved with the Faculty of Law at Thompson Rivers University as lecturer, mentor, first year moot judge, competitive moots judge, and served as coach of the British Columbia Law Schools Appeal Moot coach since 2013.

Prior to law school, Shaun was elected to city council in Williams Lake, B.C., for a three-year term where he served as co-chair of the Public Works Committee, chair of the Downtown Parking Commission and was appointed to numerous committees.