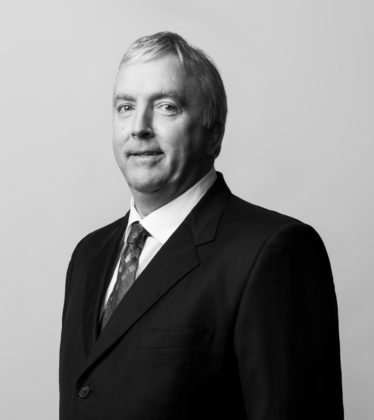 James Coady is a Shareholder in Boughton Law’s Litigation Group. He is Director of Boughton Law and a former Director of Meritas, an association of 191 law firms worldwide.  He has over 30 years’ litigation experience. His broad practice includes aboriginal, commercial and construction litigation.

James is frequently involved in high profile and complex cases and has appeared before all levels of the Canadian court system. He was appointed Queen’s Counsel in 2015 and is listed in Best Lawyers in Canada for Corporate and Commercial Litigation as well as Alternative Dispute Resolution.

Representative Cases as Counsel for:

Fort McKay First Nation in the negotiation and finalization of the Moose Lake Plan with the Government of Alberta.  The land agreement was reached after 20 years of negotiation and litigation. The plan creates a 10-kilometer development buffer zone around Moose Lake, which is a culturally significant area for the community.

Council of Yukon First Nations in Dickson v. Vuntut Gwitchin First Nation, 2021 YKCA 5 regarding the application of Canada’s Charter of Rights and Freedoms to First Nation’s government, constitution and laws.

Council of Yukon First Nations, in the Yukon Coroner’s Inquest regarding the death of Cynthia Blackjack, a member of Little Salmon Carmacks First Nation. January 31, 2020, Whitehorse, Yukon. The inquest resulted in recommended improvements to health care for First Nation members on settlement lands.

Council of Yukon First Nations, in a case against the Yukon Government involving the duty to consult in the context of modern treaties, Beckman v. Little Salmon Carmacks First Nation 2010 SCC 53.

A strata corporation which is to the best of our knowledge one of the largest damage claims arising out of multi-residential high rise building envelope failure claim in the province.

The Sahtu Secretariat Incorporated in Supreme Court of the Northwest Territories Court File No. S1- CV12015-000025 in a case against the Attorney General of Canada involving treaty obligations, and the duty to consult and accommodate in connection with amendments to the McKenzie Valley Resources Management Act.

‘That is not reconciliation’: Alberta Court of Appeal dismisses oilsands mine approval